l'm Aylin, a passionate, fun and vivacious young top-class gorgeous girl with a playful, positive and spirited outlook on life

Make appointment 1 hr before the meeting

feel free to contact me with any wishes or desires you may have. I look forward to it !!!

COUNTRY:
Other sluts from Thailand:

Prachuap Khiri Khan was considerably less touristy than Hua Hin. No prostitutes hanging around, and no fast food chains, just good old Seven Eleven, some wok stands and a few nice seafood restaurants. We stayed in a tiny room with a bed so small you would think it was made for spooning! However, it was comfortable enough, and no matter where we stayed, a few candles always made the place feel much more relaxing. The name of the place — Maggies Homestay — pretty much says it all.

Really chilled out and some interesting people living there long term. The coastal area was nice with some dramatic rock formations close to the shore giving the place quite an interesting character. 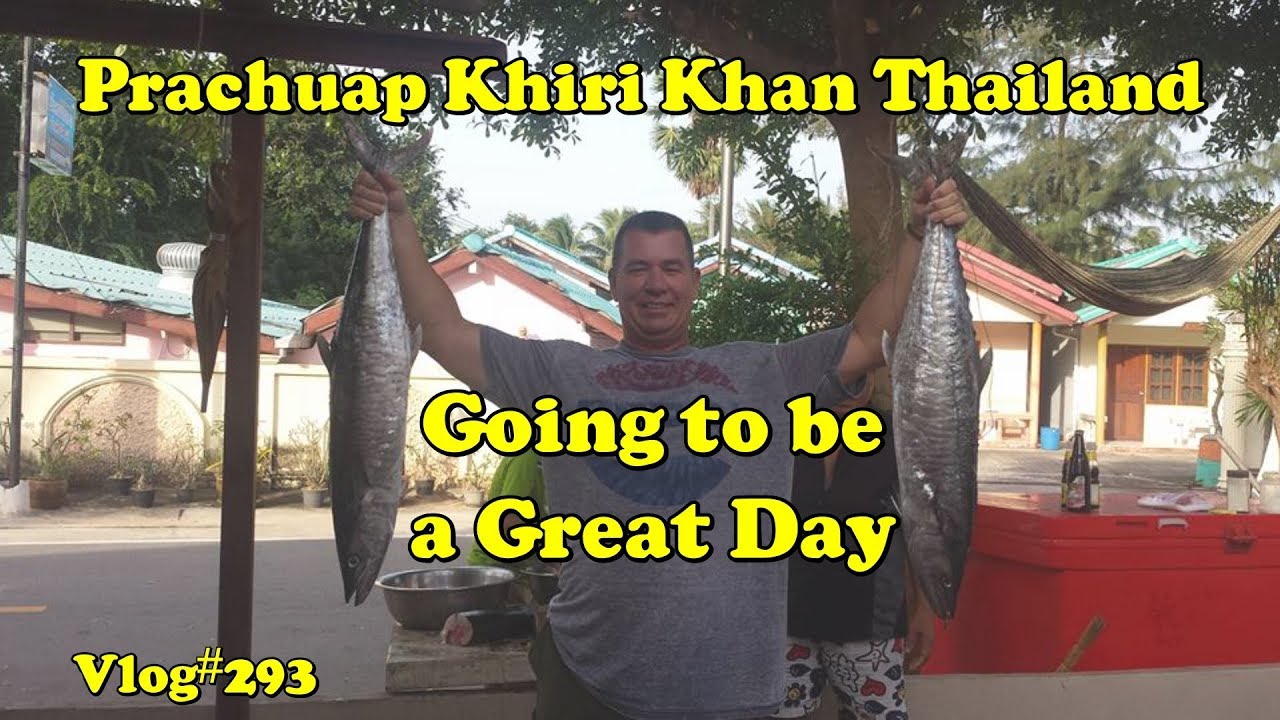 A lot of colourful fishing boats where docked in the harbour which was a nice contrast to the dark skies looming above. The temple was cool and gave a beautiful look out over the bay which we caught just as it was getting dark so the glistening lights added to the view.

We also visited the beach which rather oddly was situated inside of a military base where you had to sign a register with your name and address. I did a bit swimming despite the weather whilst Lou sunbathed in the glimpses of sun as it moved between the clouds. There were tiny little sand balls all over the beach which we discovered to be the work of sand bubbler crabs. They live in burrows in the sand and when the tide goes out they leave their burrow and circle their habitat for food which they get from filtering sand through their mouths, leaving behind little waste balls. 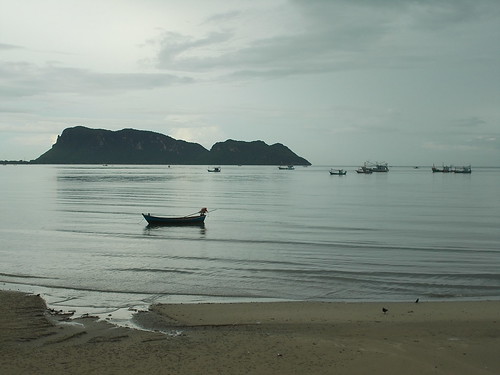 When it rained we retreated to a nice coffee shop to do some writing where we witnessed some old Thai woman brushing the water away from her shop as it moved closer and closer with each raindrop. God help her in the rainy season! We ate out at quite a mix of places. Some lovely fish by the sea which was cooked over a BBQ, a rather dark and dingy eating experience in one of the local haunts as we tried to find some cheap noodles, and a late night pit stop at one of the noodle soup stands at 3am — the best!